Graham believes Workforce could be set for glory this weekend

“I’m convinced that that there is nothing too much wrong with the way Sir Michael Stoute’s horses are running overall and that Workforce is a very worthy rival for the odds on favourite.”

High summer has arrived in Britain and it’s high noon for So You Think and Workforce as the former champion middle distance horse in Australia goes to war with the best of British in the Coral-Eclipse. RUK analyst Graham Cunningham marks your card for the big clash and several other big races at Sandown and Haydock.

For Klitschko against Haye read So You Think against Workforce. And, like so many big heavyweight clashes involving fighters from very different cultures, this year’s Coral-Eclipse has been accompanied by more than its share of hype and hot air.

So You Think’s legion of supporters remain adamant that the ex-Australian star can banish memories of his narrow defeat in a messy Prince of Wales’s Stakes at Royal Ascot and have plunged accordingly.

And a smaller but very significant posse of value seekers argue that the Derby and Arc winner Workforce is just too good to be trading at [2.7] and bigger after looking as strong as ever over this course and distance on his reappearance. For what it’s worth, I’m cautiously in the latter group. But I’m not one of those who has to knock one in order to back the other. In fact, I’m convinced that So You Think is a genuinely top-class racehorse who will be extremely hard to beat with his stable in such barnstorming form.

But I’m also convinced that that there is nothing too much wrong with the way Sir Michael Stoute’s horses are running overall and that Workforce is a very worthy rival for the odds on favourite here.

Look back to Workforce’s runaway Derby win and his courageous Arc defeat of a host of international Group 1 performers if you are in any doubt about his credentials. And look back to the way he shrugged off a 7lb penalty to land the Brigadier Gerard Stakes here five weeks ago after a long break.

I don’t fancy Snow Fairy to upset the applecart after her long absence and I do worry slightly that Workforce might pull harder than ideal in the early stages if the main body of runners ignore his pacemaker Confront.

However, the thing I hope for more than anything in this year’s Eclipse is that three of the best middle distance performers on planet earth all produce their A game. The hype machine and the Betfair market indicates a potential explosive knockout from So You Think. But the marginal value call is to side with Workforce to battle home on points if he continues to trade at [2.7] and bigger.

One of the dangers of a huge showdown like the Eclipse is that some compelling contests both on the Sandown undercard and elsewhere will slip under the radar.

Take the Coral Charge at 14:00, for example. Some proven Pattern race performers clash with a couple of emerging talents here and a couple of significant points are well worth noting.

First, a high draw in Sandown sprints is very hard to overcome nowadays and that could spell big trouble for the bang-in-form course winner Margot Did and the frustrating Kingsgate Native.

Some might say stall 6 isn’t perfect for Pastoral Player, but Hughie Morrison’s gelding has been thriving in the heat of big handicaps and the fact that he looks made for swooping late in a fast-run race over a stiff five such as this gives him clear win and place mileage.

Keep it simple with Vita Nova looks the best advice in Haydock’s Lancashire Oaks at 14:50.

Sir Henry Cecil’s filly created a striking impression in the paddock prior to a Listed race over this course and distance five weeks ago and more than lived up to it once racing by making the equally progressive Ferdoos work very hard to get past her close home.

The fact that good fillies like Meeznah and Crystal Capella were well beaten off that day speaks very well for how far Vita Nova in just four visits to the racecourse.

Add in the fact that Tom Queally might well be able to set a pace to suit himself in a smallish field and anything north of [2.6] about Vita Nova begins to look very fair value.

Several other options suggested themselves for the fourth race under the spotlight this Saturday.

Sirvino looks a strong player for Haydock’s Old Newton Cup at 15:25 following his runaway success at Windsor last week, while the unbeaten Nahrain appealed for Sandown’s Coral Distaff at 16:15 until I logged on to Betfair and found she was trading at odds on.

As a consequence I’m looking to Sandown’s Coral Marathon at 15:40 in the hope of opposing a potentially suspect favourite in Flying Cross.

This colt’s chance is undeniable based on his fine third in last year’s Irish St Leger, but he looked far from straightforward that day and followed up with a subdued effort in France. Add in the fact that Coolmore were happy to sell him on at the end of the season, a lengthy absence, concerns about drying ground and the presence of a clutch of smart rivals and I’m more than happy to take him on at anything under [4.0].

Sandown tries to serve up the best of both worlds this Saturday with a valuable mixture of Flat and jumps action offering almost £500,000 in prize money. Racing UK and betmaverick.com analyst Graham Cunningham has his eye on a back to lay candidate in the big one and is also hoping to hit the target elsewhere in the last of his weekly racing blogs….

Weekend Racing Betting: Tips for the big ones at Ayr and Newbury

It’s the crossover period of the racing year, with Classic contenders reappearing on the Flat at Newbury and high profile jumpers looking to squeeze one last big prize from the season on Scottish National day at Ayr. Finding the winners won’t be easy, but Racing UK and betmaverick.com analyst Graham Cunningham has been eyeing both cards for the value angles….

You can’t move for major sporting events this Easter, with Man United taking on Chelsea and Oxford and Cambridge both having made the final two for the Boat Race again. On the racing front, the lull between Cheltenham and Aintree continues, but RUK and betmaverick.com analyst Graham Cunningham has been eyeing the Flat action in his weekly blog….

Understanding the Odds of Gambling 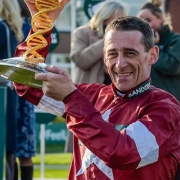