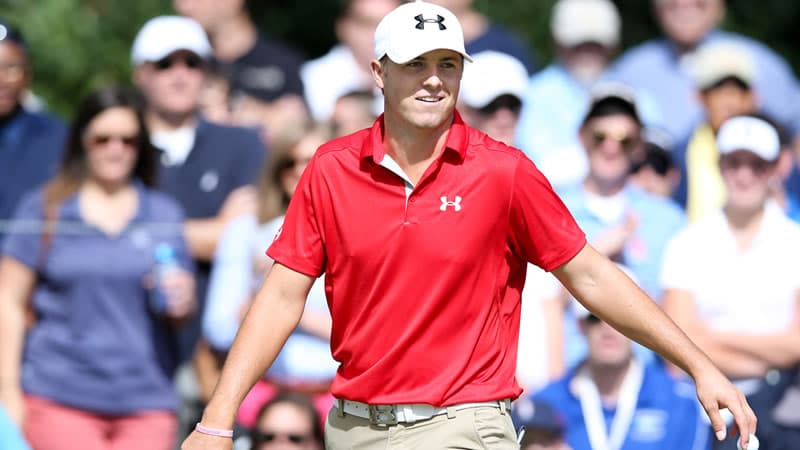 The PGA Championship is the final major of the golfing calendar and will take place in August at the Whistling Straits course in Wisconsin. Jordan Spieth, winner of the Masters and the US Open, will be quietly confident of his chances ahead of the event and recently finished tied for fourth spot at the Open Championship over the Old Course at St Andrews in tricky conditions.

Spieth has been phenomenal this year. The 21-year-old broke a number of long-standing records at Augusta as he eased to the Masters title, finishing a staggering 18-under-par and won the competition wire-to-wire.

Furthermore, he recorded the most birdies in Masters history as he dominated the field. In the second major of the season, Spieth won the US Open after Dustin Johnson three-putted from 12 yards. To some extent, the Texan was lucky that day but he was rewarded for his sensational golf at Chambers Bay.

His joint-fourth at the Open Championship was also impressive and he came within a whisker of joining Louis Oosthuizen, Zach Johnson and Marc Leishman in the playoff. He has a unique ability to perform in adverse weather conditions and will be a huge threat at the PGA Championship next month. At the time this article is produced, Spieth is 9/2 with betfair to win the competition.

His form across 2015 has been incredible, winning numerous tournaments – including the John Deere Classic and Valspar Championship – but his major championship performances have been the best.

Spieth raises his game for the key competitions and it wouldn’t be a huge surprise to see the American finish at the top of the leaderboard and claim a third major success in 2015.

Road to Russia: The Group of Death
Scroll to top