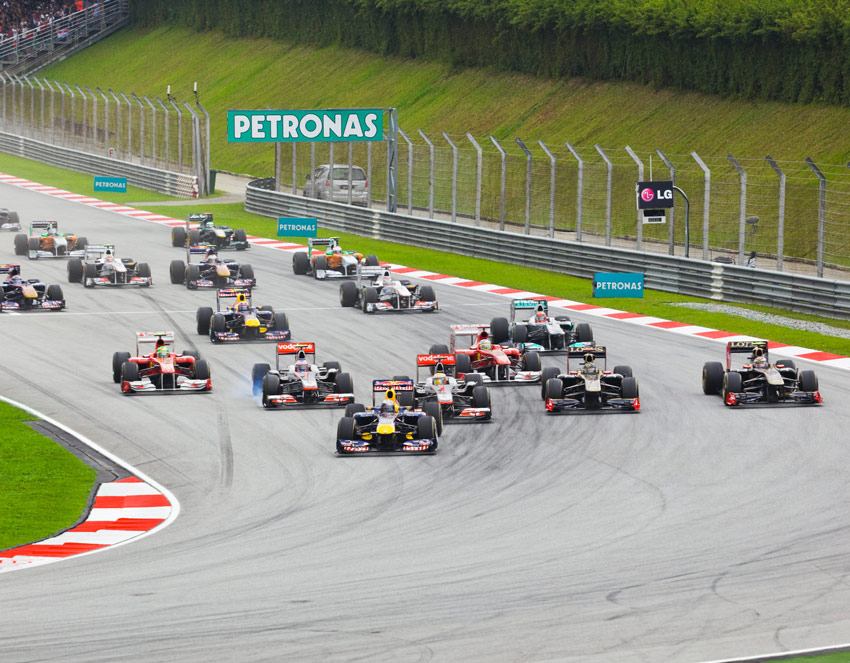 Concerns have been aired about safety in the Bahrain Grand Prix this weekend after the firebombing of a group from the Force India team. The team were making their way from Bahrain International Circuit when they caught up in traffic as anti-government protesters clashed against the police. As tensions grew a petrol bomb was thrown and landed near the teams vehicle, no one was injured but the incident has shocked the team.

Paul di Resta, driver for Force India has admitted his concerns for the safety of his team saying “It’s a difficult one isn’t it. I’m sure it’s affecting everybody at the moment, the actions that have happened. I’ve not spoken to everybody within the team, but there is some concern and some people have felt it a bit more than others.”

His team mate, Nico Hulkenberg has also stated his concerns for the decision to continue with the race. “It is obviously not right that that sort of stuff happens,” Hulkenberg said. “We are here to race. The F1 business is about entertainment and these sort of things should not really be happening to us.
“Whether it is right or not I don’t really know. It’s difficult to say. I am not a politician, I am a formula 1 driver, but it should not really be happening should it?”

Back on the track the drivers concerns will be over the wear of their tyres as Bahrain is a tight circuit and the track is often dirty due to the sandy environment. The track has reverted back to its original design after the lack of success for the experiemental endurance racing, meaning that brakes will also be tested as drivers negotiate the long straights and low speed corners.

Mercedes will hope to continue the dominance they showed in China with a possible second win for Nico Rosberg or maybe even a ninety second win for Michael Schumacher. Whilst McLaren are expecting a win again as Lewis Hamilton and Jensen Button currently lead the chamionships after their third and second placings in China. So with three races and three winners the 2012 F1 season is promising to be an exciting one.