After being postponed a year, England finally get to play in the Euro’s this summer with their first game coming against Croatia on June 13th!

Since doing so well at the 2018 World Cup, England fans have been really looking forward to Euro 2020. They were the joint-favourites for last summer and still are going into the competition this year priced at 5/1. The 2018 World Cup winners France, are the other side priced at 5/1 with them.

The first game of the campaign is against Croatia at Wembley. It kicks off at 14:00 pm on Sunday 13th June. These two sides have recently met in the Nations League with England winning one and the other finishing a draw. However, the game that will spring to mind is the World Cup semi-final in 2018. England took the lead early on in the game, but an extra-time goal from Mandzukic knocked England out and sent Croatia to the final.

This game will be an exciting one for many reasons. Its the opening game for one of the host nations, fans will be allowed back in Wembley to watch England play and England will want to make sure Croatia doesn’t play a part in knocking them out of another international tournament!

Southgate’s side is dubbed as one of the favourites, which is slightly unusual for a side who haven’t won anything since 1966! Englands best finish at the Euros is third place, achieved twice in 1968 and 1996. At the most recent European Championships in 2016, they were famously knocked out in the Round Of 16 by Iceland, in what was another bad moment for Englands national team.

That being said though, they have a very good squad now and will expect to beat Croatia in the opening game. Some of the superstars at their disposal are Kane, Rashford, Sancho, Sterling, Grealish, Alexander-Arnold, Stones and Henderson to name a few. These are all world-class players on their day and if they can bring it all together at the same time, this fixture and the competition as a whole should be a lot easier!

England are 4/5 to win the match, which in front of a home crowd at Wembley looks a good price. In terms of more specific odds such as a player to score and England to win, these aren’t available at most bookmakers due to the squads not being announced. We would fancy Harry Kane to score in this game. He has six goals in 10 international tournament games for England. He takes penalties for the side he captains and with VAR, there is a good chance of getting one.

Considering that Croatia made it to the last World Cup final, 25/1 is quite a generous price. Like England though, Croatia has never won the European Championships. Their best finish was the quarter-finals in both 1996 and 2008. In 2016, they also reached the Round Of 16, like England, but were knocked out by eventual tournament winners Portugal in extra-time.

Croatia’s squad has aged a lot since the World Cup in 2018. Their most well known and accomplished player currently is Luka Modric. The 2018 Ballon d’Or winner is now 35 and his best years are behind him. Players like Mandzukic don’t play international football anymore and Dejan Lovren is also playing in Russia, not the best standard. That being said, it’s not all doom and gloom. Premier League’s Matero Kovacic along with Perisic and Pasalic are exciting players.

Croatia are priced at 7/2, with the draw at 5/2. For Croatia, a draw at Wembley against England would not be a bad result at all. It gives them every chance of making it out of the group stages then and takes the pressure off the remaining group games. Croatia do have some exciting, less well-known players in their squad and this could play to their advantage. A lot of the players on England’s side have played against their star players plenty of times, but the younger ones make come as a surprise! 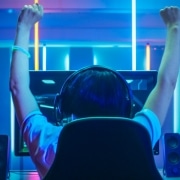 How To Get Started With Betting On Esports

Kauto Down But Not Out