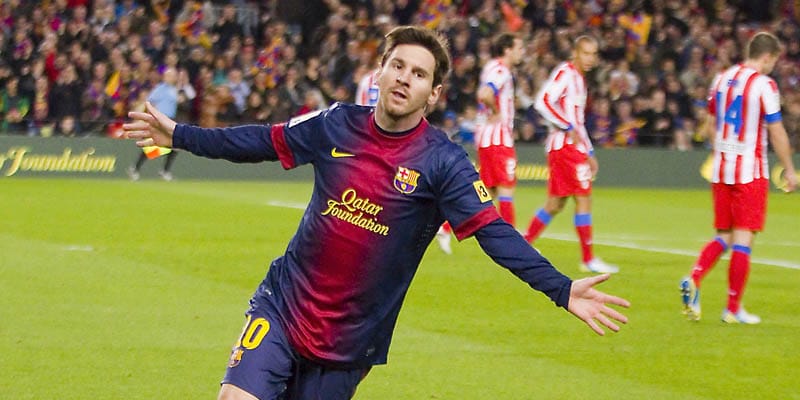 For the first time in the competition’s history, the last few rounds of the 2020 Champions League will be played tournament style. With the break in football throwing the sport into chaos, UEFA have decided to finish the entire comp over a two week period.

The remaining games will begin on August 7th 2020 when Juventus play Lyon and Manchester City host Real Madrid. These are the second legs of the Round Of 16 that had to be postponed.

Lyon are currently 1-0 up on Juventus from the first leg and Man City lead Real Madrid 2-1 going into the second leg with home advantage.

The following day, August 8th 2020, sees a similar set-up between Bayern Munich v Chelsea with Bayern 3-0 up on the first leg. At the same time, Barcelona will take on Napoli at the Nou Camp. They are currently 1-1 so it really is all to play for in that game.

Once those games come to a conclusion, all eight remaining quarter-finalists will be determined.

The quarter-finals for the 2020 Champions League will begin on Wednesday, August 12th 2020. All four games will be held in Lisbon with the opener between Atalanta V Paris Saint Germain.

Next up on Thursday 13th will be Leipzig V Atletico. That will be followed on Friday by the winner from the Napoli/Barcelona game vs the winner of Chelsea/Bayern.

The last quarter-final will be held on Saturday 15th August when the winner of Real Madrid/Man. City plays the winner of Lyon/Juventus.

With so many teams still in contention, it really is anybody’s game. Since the return to football, some teams have excelled and with the Champions League one the most coveted titles to win, teams will be at their absolute best. So how do we think they will fare…

This year’s favourites will be desperate to win the competition having fallen so far behind in the Premier League this season. Manchester City have never won the Champions League but have more than enough good players to do so.

On top of this, they have Pep Guardiola in charge, who has won the competition twice. City are currently 2-1 up against Real Madrid from the first leg. Given that they are two away goals, they will be confident of getting through to the quarters and we’re confident they can reach the final.

The German champions have looked really good this season and showed this by beating Chelsea 3-0 in their first leg. Bayern look back to their very best, especially with Lewandowski firing on all cylinders.

The Polish striker has 11 goals in this season’s competition, averaging a goal every 48 minutes! Bayern Munich are almost certainly through to the quarter-finals and will be looking to go all the way, especially with their quality and depth.

Another side still yet to win the Champions League is the heavily invested PSG. The French side have arguably two of the best players in the world in their team in Neymar and Mbappe. They have drawn Atalanta in the next round but unfortunately will be without Mbappe, the French superstar, who is out due to injury.

PSG should have enough without him to get past the free-scoring Italian side. On their day PSG can beat anyone and wouldn’t be surprised to see them go all the way, however, we worry about their bottle when it comes to a big game.

Atalanta has exceeded everyone’s expectations in the Serie A and the Champions League this season. A one leg quarterfinal against PSG is going to be very tough for them.

However, they’ve shown they can score at ease in the league and if they can bring this form to the Champions League then who knows how far they can go!

Any side with Messi, Suarez and Griezmann in it has a good chance of winning the Champions League in 2020. They will be desperate to make amends for last season’s semi-final collapse against Liverpool.

First though they have to get passed Napoli after drawing the first leg 1-1 away. Barcelona are an aging side now, but with each fixture now only one leg, this may play to their advantage.

When you beat last year’s winners 4-2 this will fill you with confidence. Atletico have arguably the best defense in the world and in a one-leg game, this can be very dangerous for the opposition.

Simeone’s side do lack quality though going forward but with such a good defense they may only need once chance. We think they’ll get past Leipzig in the quarters but may struggle against a more balanced side in the semis.

The German side go into the quarter-finals off the back of a huge 4-0 win over Spurs. They have Atletico in the next round which will be a very tough game.

RB Leipzig have just sold Timo Werner to Chelsea, who is their biggest threat up front. Without him in the side, we can’t see them beating Atletico.

Juventus have a round-of-16 leg to turn around against Lyon. They are trailing 1-0 but with Ronaldo in their side they will be confident of getting through.

Juventus have a great squad, but should they get through, will need to play Real Madrid or Manchester City. Sarri’s side has a good chance but will have to be at their very best.

This season La Liga champions have to go to play Manchester City, trailing 2-1. Real Madrid isn’t the side it once was and they have never really replaced Ronaldo.

Even though they are the competition’s most successful club we don’t think they are going to have enough to get past Pep’s side and into the quarter-finals.

Gattuso’s side have not had a league season to remember and would love a Champions League run to improve that. They have a second leg to play against Barcelona who already have an away goal.

Unfortunately for them, we can’t see them getting any further than this round and it won’t go down as their best season ever.

The French side are currently 1-0 up against Juve and one goal in Italy can put them in the driving seat.

Lyon have had a poor season in the Ligue 1 and even if they manage to cause a huge upset, it will be the next round in which they depart from the Champions League.

Frank Lampards side are as good as out. They are 3-0 down to Bayern Munich and we can’t see them turning this around at all.

Bayern are a very good side and Chelsea’s squad is lacking the quality of players in order to turn around a 3-0 defeat against the German champions.

Once the 2020 Champions League semi-finalists have been determined, the games will take place Tuesday 18th and Wednesday 19th August 2020. In keeping with the new schedule, both games will be played in Lisbon with the winning teams only given four or five days to recover before the final.

So just which of the teams left in the competition will lift the Champions League trophy? We will just have to wait to find out. 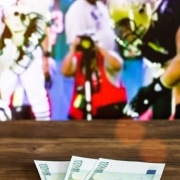 Calculating The Chances Of A Win With A Sports Bet

How to Use Football Betting Tip Sites
Scroll to top