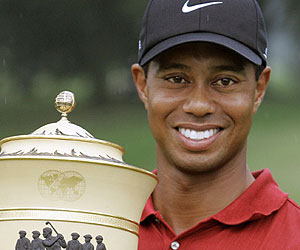 Despite being a year to forget, both on and off the golf course, for the current world number one Tiger Woods, don’t bet against him defying the form guide to help inspire Team USA to beat the odds and retain the Ryder Cup.

Whilst Tiger has endured his most difficult season since he turned professional, there can be no doubt that despite persistent injury worries, putter problems, and personal pressures, he can still pull out all the stops and regain his form according to Ryder Cup golf betting punters.

With golf’s most high profile event looming on the horizon, Tiger must first make sure that he is able to improve his form sufficiently to ensure he qualifies automatically as part of Team USA. Currently sitting 8th in the rankings, Tiger is just inside the automatic qualification places, despite his year to forget. Having seen US rival Phil Mickelson almost overtake him as world number one earlier in the year, Tiger knows the importance of a strong performance at the Ryder Cup if he is to boost his confidence.

After missing the opportunity to be part of Team USA’s convincing victory over Europe in front of US fans back in 2008 as a result of injury problems, Tiger has even more motivation to do whatever it takes to ensure that European captain Colin Montgomerie’s confidence is misplaced come October 3rd.

With Golf PGA Tour Betting pundits expecting the Ryder Cup to be watched on television by over a billion people, with some viewers in the UK enjoying the event in 3D for the first time, Tiger knows that this could be the place to restart his stuttering career.

Should Tiger fail to tame Europe, or worse still fail to make Team USA, Phil Mickelson will know that there has never been a better chance to overtake Tiger and end his run as world number one. 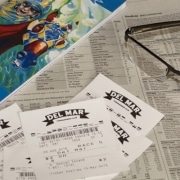 Woods ~ Westwood Is The Best

How Many Places On An Each Way Bet?

Jockeys Attend Meetings Too… Stewards Set To Become Stars Of The Show?
Scroll to top