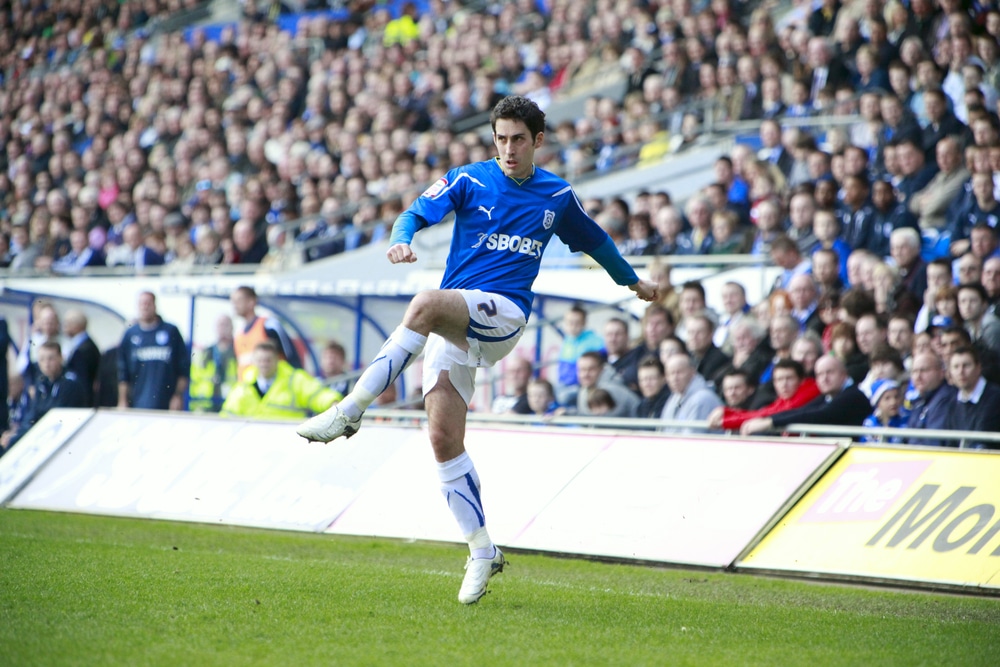 The patience of Cardiff City fans has at long last been rewarded as ‘the Bluebirds” return to football’s top division after an absence of 53 years. Cardiff clinched promotion to the Premier League on Tuesday, sparking plenty of long awaited celebrations after securing a draw at home to Charlton, gave them the one point they required. Fans who had seen their team go close to promotion many times, only to stumble at the last hurdle were relieved when the final whistle blew and the stadium erupted as thousands poured onto the pitch.

First Minister Carwyn Jones said promotion was fantastic news for Cardiff City and for Welsh football and added “The club and it’s supporters have been through some testing times in recent years but this season Malky and the team have done a great job of keeping their heads and getting results and with this promotion they have made the city truly proud”.

Over the last ten years City has been through more than it’s fair share of turmoil, chairmen ousting boardroom battles and High Court clashes have often relegated the football to second place. With an £85m debt and a former owner owed £20 million or so, it’s not plain sailing just yet, but the financial future of the club is certainly much brighter now.

With a new stadium [not easily come by], a successful young manager and a dollar billionaire Malaysian owner, Vincent Tan, the futures looking a lot rosier for Cardiff City as they enter one of the richest leagues in world football,

These deals ensure that even if the club only manages one season in the top flight, the financial cushion they provide will be immense. Dr Rory Miller of Liverpool University’s Football Industries group said, “Cardiff will get the same as Manchester United [from overseas TV deals], despite the fact that they’ll be on TV much less].

The promotion is almost certain to bring a welcome boost to the local economy and it’s hoped will create some new jobs, Cardiff Council leader Heather Joyce said, “As a capital we’re used to hosting major events but Premier League football has been the missing piece in our sporting jigsaw.”

The Premier League now has two Welsh representatives, Cardiff City will join Swansea amongst the elite next season.

It’s likely that Cardiff will be among the favourites to be relegated next season. However, many thought that Swansea would also be straight back down too! Odds on those teams facing relegation can be found below.

Hurricane Set To Fly In At Punchestown