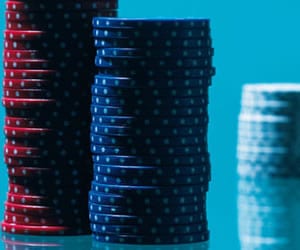 The main difference between a complete poker amateur and one of poker’s elite is simply the way they think about certain elements of a hand. Amateurs approach to the game is almost always very simplistic but those who are the very top of their professional think on a much deeper level than the majority of everyone else.

Top poker author, David Sklansky, first wrote about the concept of multiple level thinking in his excellent book “No-limit Hold’em: Theory and Practice” stating there are five levels of thinking amongst poker players. The first is Level Zero and at this level you know nothing about the game so therefore cannot think about it but these players simply do not frequent online poker rooms, though some may be present in your local casino!

Those looking at the Betfair Promotion code regularly should note that Level One thinkers are basically only aware of their hand strength and very little else. They will know where their hand ranks in terms of one pair, two pair, flush etc and know what it beats but will not give a second thought to the possible holdings of their opponents, that is reserved for Level Two thinkers. At this level players are starting to think about their opponents hand and are aware if they stand a chance of winning the hand or not. The majority of poker players fall under this category.

Once you progress to Level Three the thought processes become more complex with players now starting to think about what their opponents think they hold, meaning they are now more aware of how their bets look to their opponents and can therefore conceal the strength of their hand to a higher degree and represent a wider range of hands than other players.

When choosing what level of thinking is best, whether using the Betfair Poker Bonus or not, you need to consider your opponent’s level first. Never jump up more than one level otherwise your opponent simply will not understand what you are trying to achieve and your thought process will be rendered useless. Level Two thinking against a Level One think would be fine but thinking like a Level Three player would be a waste of time and effort for the most part.