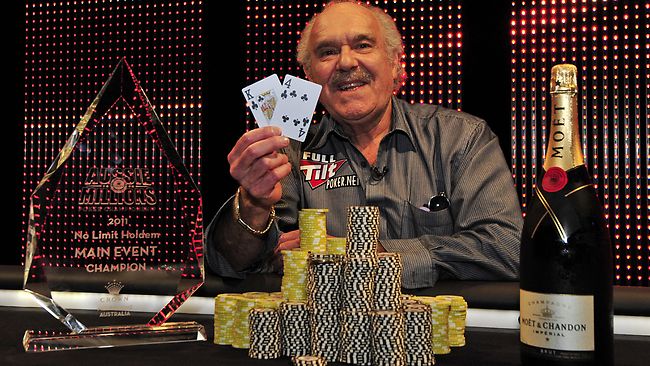 I remember playing a Full Tilt event at my local card room in 2008. The event was a £25+15 bounty (unlimited re-buys before the first break), and there were about 100 runners, which was essentially the maximum.

Full Tilt sent down Roberto Romanello and Gary Jones, both of whom were big names in the UK poker scene at the time, and the event put a £50 bounty on both of their heads. The final prize pool came in at about £6,000 with the £15 per player knockout reward.

Now, I had been playing at this card room for a few years and had picked up a reputation as somebody that would pick their spots and try and squeeze. However, as this was a special event, there were plenty of non-regulars, so I decided to change my play up a bit.

Those over at MobileSlots.co.uk will be keen to note that my table was full of mostly new players, but they were all very passive, so I countered with an aggressive style, and it worked. By the first break, I was sitting second in the chip count and as re-buys were now over I decided to tighten up slightly. However, because I had the reputation of a loose player on my table, I was getting people trying to play against me with mediocre hands, and this worked to my advantage.

Anyway, as time passed, and Roberto headed for the exits, Gary Jones came and sat right next to me. He was well stacked, but only had about ¾ of my stack. We got caught up in a big hand early on with my Qs against his Js. He spiked his jack on the flop, but fortunately, there was also an ace, so I managed to get away from it without too much damage.

We were down to about the last 20, and I was sitting on the BB with Gary Jones on the SB. The action folded around to him, and he pumped 3 x BB into my AA. I re-raised minimum raise and he pressed all in, which I instantly called. He flipped over AK, and my AA held up. Bye Gary Jones. What a nice guy he was though. I spoke to him a lot, and he was very casual, but you could tell he took his game very seriously.
I eventually ended up taking down second place, having struck a deal with first for about £1500 and an additional £170 in bounties.
All in all, I would say it was a good night considering I didn’t even re-buy or top up!