In a fairytale return to the headlines, Percussionist, a close fourth to North Light in the 2004 Epsom Derby before being sold to Johnson’s main patron Graham Wylie for 340,000 guineas to go jumping, won the lion’s share of the $250,000 prize fund for America’s top National Hunt race, an event won twice in the early 1990s by Toby Balding’s high class Morley Street when know as the Breeders’ Cup Chase.

Ridden by James O’Farrell, who had partnered him on a number of occasions in Britain and was also in the saddle win they won the Norwegian Champion Hurdle last time out, the Hanne Bechman-trained nine-year-old proved too good for local heroes Slip Away and Lead Us Not, coming through to take up the running after the last and showing a fine turn of foot at the end of the two-mile-five-furlong event run in front of a crowd of over 40,000 US racing fans and those looking at Irish racing tips.

Overall Percussionist proved a disappointment for Johnson and Wylie, despite memorably beating the fine Sergeant Cecil in the 2006 Group 2 Yorkshire Cup on the Knavesmire. The Sadler’s Wells gelding was last seen in the winners’ enclosure on these shores when landing a Kelso handicap hurdle last November of a mark of 118, but a record of five wins from 18 outings over obstacles hardly hinted that he would achieve such a stunning success for his new connections last weekend in New Jersey.

Sometimes a change is as good as a rest and it would be nice to thank that at last Percussionist is beginning to belatedly fulfil his full potential. 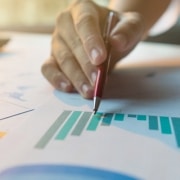 Betting Strategies To Improve Your Bets