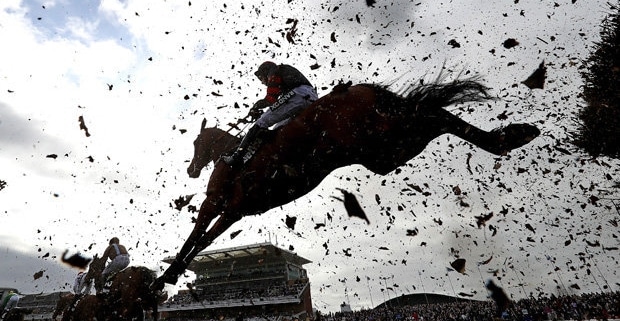 More Buck’s landed the Summer Plate at Market Rasen for Peter and Sean Bowen to give them a hugely exciting horse to look forward to over the winter. More Buck’s began life in the Paul Nicholls yard and at just £10,000 he looks to be a very shrewd buy for the Bowen team, who are sure to have a lot of fun with him.

He has run twice for his new trainer, winning on both occasions, the first being a facile victory with the winning margin being an easy 21 lengths. He proved that was no fluke when following up in the Summer Plate, traditionally known as one of the most competitive handicaps of the summer.

From the start until the finish, More Buck’s was never any further back than second, putting in a great front running round of jumping. He could have won by further was it not for Sean Bowen dropping his reins in the final furlong, but luckily that didn’t affect the result.

This performance put More Buck’s back to what we know he can achieve and it would be no surprise to see even more come from him. It will take time for Peter Bowen to work him out, so don’t be surprised to see further improvement ahead of what could be an exciting winter campaign.

I don’t think we will see too much of him before the autumn when the big pots come around, which gives time for Bowen to work his magic even further. Sean Bowen said after his Summer Plate win that the horse kept on giving and battled all the way to the line, so don’t be surprised to see him put back up to three miles eventually, and that opens up many different opportunities.

He looks to be a good jumper and if he can get out in front and dominate things then he will certainly be a force when the new jumps season begins, and a horse that could well land a big pot. We have many big early season handicaps where horses make their reappearances and these could be where the Bowens take this horse next. What he will have over his rivals is a fitness edge after these two runs in the summer, in these early season handicaps, you usually have many horses making their seasonal reappearance.

After two victories, the Bowens have already got their £10,000 back off More Buck’s and much more on top of that. He will head into the autumn with a good chance of picking up another big pot and proving to be one of the best and shrewdest buys of the summer. He is certainly a horse to keep your eye on and looks like he could have more to give and remain competitive off his new handicap mark at trips of around three miles.

He will certainly give the Bowens something to look forward to this coming season.

The Best Odds in the House!
Scroll to top