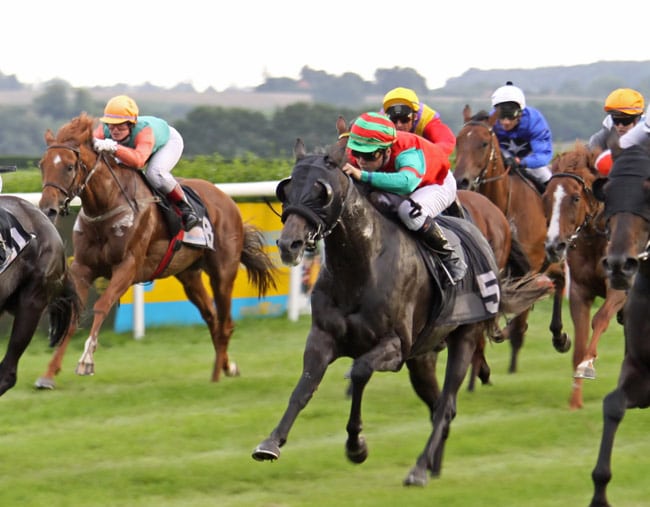 The Andre Fabre-trained Intello lost his unbeaten record in a dramatic renewal of the French 2000 Guineas, the Poule d’Essai des Poulains at Longchamp on Sunday, but, in finishing third, remains a horse of considerable potential.

Beaten just a neck and a head in the race won by the Nicholas Clement-trained Style Vendome, Betfair’s Gordon Elliot opined that Intello’s flying finish and eventual narrow defeat was the best performance in the race, given the fact that he had been drawn very wide on the Paris track and had to do considerably more running than most of his 17 rivals.

In another few strides, Intello might very well have gained the day, but connections were still delighted with his effort in view of the particular difficulties he had to overcome in running.

Fabre has indicated that the French Derby – the Prix du Jockey Club at Chantilly in June – is the most likely next port of call for the son of Galileo, who had won his three previous outings, including the listed Fielden Stakes at Newmarket’s Craven meeting last month, where he proved a different class to his rivals, in handing out a three-and-a-quarter-length drubbing to King George River.

According to the latest horse racing betting tips, Intello does not hold an entry in the Investec Derby at Epsom on June 1, connections taking the view that at this stage of his career, 10, rather than 12 furlongs, is his optimum trip.

He does have an entry in the Group 1 St James’s Palace Stakes at Royal Ascot two-and-a-half weeks later, although the French Derby does appear to be the main objective of his master trainer who won the classic contest with Peintre Celebre in 1997 and Lope de Vega in 2010.