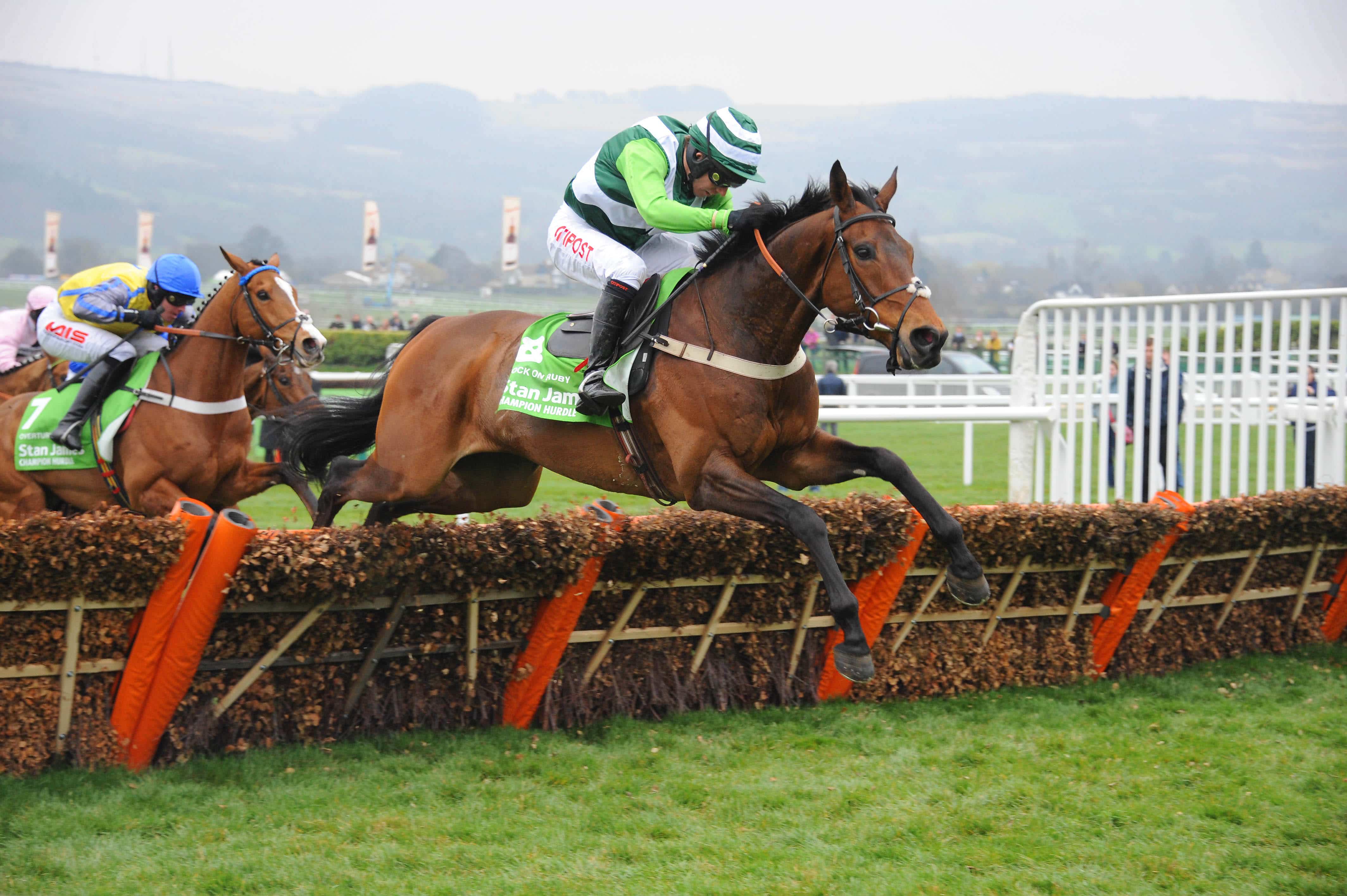 Friday’s Grade 1 Rabobank Champion Hurdle at the superb Punchestown Festival looks once again to be at the mercy of the reigning champion hurdler, Hurricane Fly, sure to start long odds-on in the Punchestown Festival betting as he bids to win the prestigious contest for the fourth successive year.

The star of the all-conquering Willie Mullins string, Hurricane Fly became the first horse since Comedy of Errors in 1975 to regain the Champion Hurdle crown, having followed his 2011 success in the blue riband two-mile hurdles contest with a shock defeat at the hands of Rock On Ruby in 2012.

That loss is the only blemish on the record of the outstanding nine-year-old in his last 13 outings, normal service having been well and truly resumed at the Punchestown Festival last season when Hurricane Fly bounced back from his shock defeat to beat Zaidpour in the Rabobank Champion Hurdle by two-and-a-half lengths.

This season, the son of Montjeu has never looked in danger of defeat, hacking up by 12 lengths from Captain Cee Bee at Punchestown in November before toying with the talented Unaccompanied, beating Dermot Weld’s mare by seven lengths in the Grade 1 Istabraq Festival Hurdle at Leopardstown’s Christmas meeting.

A facile success over stable companion, Thousand Stars, followed in the Irish Champion Hurdle back at Leopardstown in January, before Ruby Walsh’s mount returned to the very top of the tree with a smooth as silk defeat of the defending champion, Rock On Ruby, in the Stan James Champion Hurdle last month. He’s going to prove very hard to beat.

As an incentive to consider opposing Punchestown Festival odds favourite, Hurricane Fly, BetVictor have this tremendous offer: Punchestown Festival 2013 April 23rd-27th MONEY BACK MULLINS! If your selection finishes 2nd to a Willie Mullins-trained winner we will refund your losing win stake up to £25 as a free bet.

Bring On The Punchestown Festival