The eagerly anticipated second career outing of the Jeremy Noseda-trained colt Peter Martins could be in Doncaster’s Group 2 Champagne Stakes at the St Leger meeting, but a decision as to whether or not the impressive Newmaket maiden winner will go there or take in the easier option of a conditions event has yet to be made, writes Elliot Slater.

Owned by American real estate mogul and former US Ambassador to Finland, Earle I Mack, the $145,000 purchase at last year’s Keeneland Sales went into many notebooks when sauntering home five lengths clear of Leicester winner Colorado Gold, without ever being asked any sort of a question by jockey Frankie Dettori.

Noseda confessed after the win at HQ that he has always held Peter Martins in high regard and that the Champagne Stakes was a potential target later in the season. The Johannesburg colt has continued to work well since his initial outing, but Noseda seems keen to get at least one more serious gallop into his charge before deciding if he is mentally ready for the step up in grade, or whether he should follow a more cautious path and go for a conditions race at around the same time.

At 16/1 in the ante-post irish racing lists, Peter Martins is currently joint-fourth favourite for next year’s 2000 Guineas at Newmaket in May and is considered by many good judges to be a horse with the potential to prove a truly top notch performer. Aidan O’Brien’s Zoffany remains the ante-post market leader at around 10/1, Richard Hannon’s Royal Ascot winner Strong Suit available at 12/1 and Jessica Harrington’s impressive Irish winner Pathfork offered at 14/1 with irish racing tips following his impressive defeat of Glor Na Mar 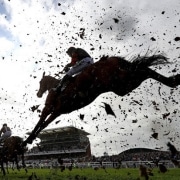