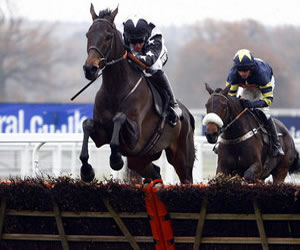 Henry Daly is not by nature the most optimistic of characters but there is little doubt that the Shropshire handler holds high hopes that his Possol could do something special at Aintree in April, writes Elliot Slater.

Only a seven-year-old, French bred Possol has already proved himself to be a talented performer, last season giving weight and a beating to subsequent Grand National hero Mon Mome in a hot Haydock staying handicap, before running a cracker to be a fine second to Nacarat in Kempton’s Racing Post Trophy. His subsequent disappointing effort in a handicap at the Cheltenham Festival is attributed to him not having sufficient time to recover from his effort at Kempton, and his following outing in the Kilmany Cup at Perth when beating the very useful Ollie Magern, showed that Possol is a very progressive horse.

This term, almost certainly by way of wishing to protect his handicap mark for the John Smith’s Grand National 2010, Daly his campaigned the gelding exclusively over timber and has been rewarded with victories at Ascot and Doncaster, showing that the horse is equally adept over both kinds of obstacles and is clearly in very good heart.

Possol has a touch of class about him, stays very well indeed, goes particularly well on the ‘good’ ground that is so often prevalent at Aintree and has never fallen in 19 racecourse appearances. Of those 19 runs, he has won or been placed fifteen times, proving himself a model of consistency whilst gradually climbing up the handicapping ladder.

Another crack at the Racing Post Chase at the end of February is very much on the cards, whilst Possol also holds an entry in the Albert Bartlett Novices Hurdle at the Cheltenham Festival. It would be a surprise if he were to run in both though, as he seems to need a break between races.

There are good reasons for believing that Possol is a serious contender for Aintree honours, something to consider when placing your Grand National Free Bets. 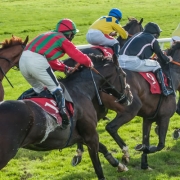