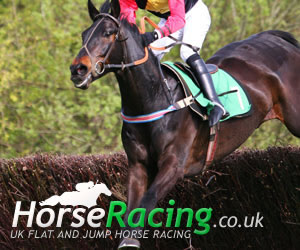 Is Chief Dan George The Chief Indeed? Fresh Hope For The National After A Spectacular Win At Cheltenham
by Jessica Greenbaum of Horse Racing UK

No one would have dared to call Chief Dan George and average horse – but neither was he being hailed as a particularly exciting contender. Now however, after a surprising and rather impressive win at the Cheltenham Festival, the competition may well begin to worry about the role Chief Dan George will play in the upcoming Grand National at Aintree.

After warming up with a win in the Veterans Handicap Chase at Doncaster on 24th February, Chief Dan George and regular jockey Paddy Aspell set out to have try their luck at the William Hill Trophy Handicap Chase, one of the longest and most gruelling events at the Cheltenham Festival. Trainer James Moffatt could hardly believe his eyes when his ten-year-old charge unleashed an unknown reserve of strength and stamina to race to a photo finish with race favourite The Package.

The result of the photo finish is the bay geldingís first win at the Cheltenham Festival, which seems to be just another step on the path to transformation from an ordinary and, frankly, aging jumper to a fearsome and determined contender.

Currently Chief Dan George is given 20-1 odds in the Grand National, already more positive than the 25-1 odds he proved inappropriate at Cheltenham, but considering his rapid movement up the ranks these odds may be subject to change as the event draws nearer. Especially since Chief Dan George defeated a number of contenders also aiming for this yearís Grand National on April 10th – aside from his runner-up The Package who is also set for Aintree. The William Hill Trophy also featured Niche Market (9th place), Comply Or Die (13th place) and Joe Lively (14th place), all of whom seemingly only served to put Chief Dan Georgeís achievement into perspective.

After five years on the jumping circuit Chief Dan George is finally becoming the hot topic James Moffatt has hoped for. If the experienced team of Moffatt and Aspell continue their clearly effective training methods in the next weeks, it is more than likely that Chief Dan George will be a serious threat in the upcoming Grand National.

To check out how some other potential Grand National contenders have performed at the Cheltenham Festival, visit Horse Racing UK to get the intel before they’re off.