How will Brian’s horses fare at York?

“I was delighted with him when he won at Sandown on his debut as he was still clearly inexperienced. His subsequent work has been very pleasing and he continues to improve at home.”

Betting.Betfair’s star flat racing columnist tells all on his forthcoming runners as the Ebor Festival gets under way at York

York
14:30, 7f Group 3
Archbishop: I was delighted with him when he won at Sandown on his debut as he was still clearly inexperienced. His subsequent work has been very pleasing and he continues to improve at home. It tends to be our very best 2yos that can win first-time-out and although this looks a strong renewal of the Acomb, I am very hopeful that he will give a good account of himself.

16:15, 6f Nursery
Sanad: He is a prime example of one of ours that improved for their debut as he was beaten miles at Doncaster first time before relishing the drop in trip at Nottingham last month. I am happy to keep him at 6f on the back of that as he showed plenty of speed and although this is a hot nursery, I think he looks to be on a handy mark.

Folkestone
17:55, 1m1f Maiden
Muqtarrib: This doesn’t look a bad maiden for the track but it still represents an easier assignment for him and hopefully he will be able to put his head in front. He ran a better race at Doncaster last time and conditions should suit.

18:30, 7f Maiden
Loved By All: She was well beaten at Newmarket on her debut and although she will come on for that, it may be that she needs even more time.

York
14:00, 6f Sales
Gerfalcon: He is drawn in stall 2 here and hopefully that will be an advantage as some of the strong contenders look to be drawn low too. He showed up well on his debut and got the job done at Salisbury last time – I would be hopeful that he had an each-way chance, albeit in a competitive event.

14:30, 6f Group 2
Shumoos: She has run very well in defeat in Group races since her brilliant debut win and she ought to give another good account. She had quite a hard race at Newmarket last time and it took her a while to get over it but she has pleased me at home since and should go close once again.

Newmarket trainer Michael Bell has made the trip to Chicago to saddle Wigmore Hall in the Arlington Million on Saturday night (23:15). Read what our columnist had to say about his chance…….

Brian Meehan’s Saturday Runners: Star in the making at HQ

It’ll be a busy Saturday for Brian with horses running at Newmarket, Newbury and Doncaster. Read the exclusive views of this top trainer here……

Betfair’s trainer-columnists have one runner each in action on Sunday – read them both (the trainers, that is) below…… 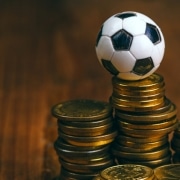 What Are Football Betting Odds?