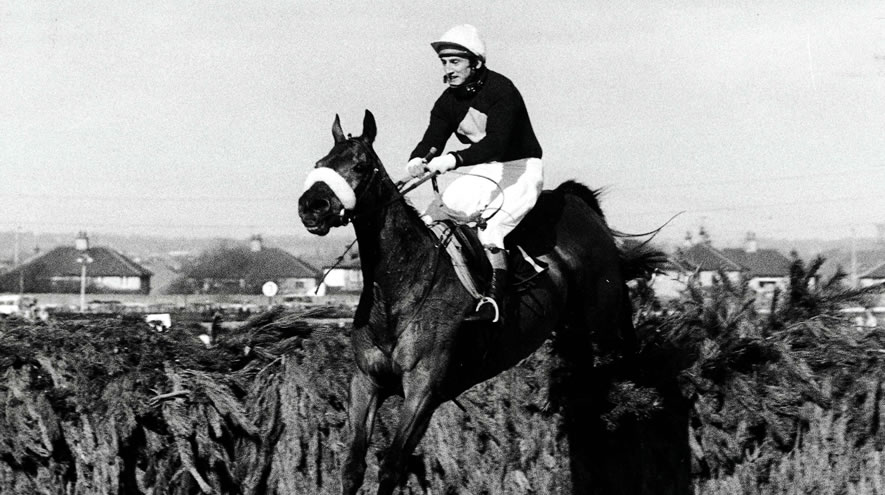 Red Rum is one of the most famous horses in the history of the Aintree Grand National, but here are some less well-known facts about him.

He was out of Mared by Quorum hence, taking the last two parts of that name, Red Rum which is murder backwards.

The horse was sprint-bred and bought to win the five furlong seller at Aintree, which he sort of did – he dead heated.

Red Rum had a different jockey on each of his first nine races then a certain L Piggott rode him for the second time. In all, he had twenty four different jockeys and five trainers.

He ran at Aintree eight times winning four (including a dead heat) and finishing second in the others.

He was sold at public auction on four occasions so theoretically anyone could have owned him!

He had a distaste for cars and would regularly kick out at them on his way to exercise.

He suffered from pedalosteitis – a form of arthritis – in his off fore leg. The seawater at Southport was a great source of healing.

During the summer after winning his first National he was put in a field and grew so attached to a donkey there that Ginger McCain left him in the pasture day and night for ten weeks!

From one hundred and ten races he fell once, unseated once and slipped up once, a remarkable record which just goes to show why he was so often to be found among the Aintree Grand National betting tips.

Noel Le Mare, Red Rum’s owner was an apprentice engineer in 1906 when his boss sent him up the street “to see what won the big race.” It was Ascetic Silver’s Grand National. Le Mare at that time determined to win the race. It only took sixty seven years!

In the last year of his life, in 1995, Red Rum went on a visit to Ireland and stayed at the same stud, Rossenara, where he’d been born.

He is buried alongside the finish at Aintree, his head facing towards the winning post.