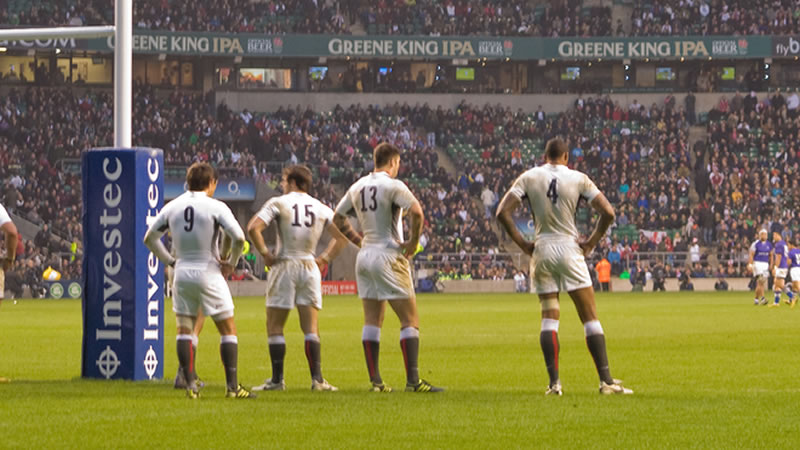 The 2015 Rugby World Cup promises to be a thrilling competition, with the highest caliber athletes in the sport going head-to-head in a six-week-long battle for global supremacy, starting September 18 in London.

New Zealand looks to defend their crown as World Cup champions, having won the competition in their own backyard in 2011. The All Blacks beat France in a thrilling final that year, 8-7, and they are early favourites to repeat as champions in the World Cup 2015 odds. But there are plenty of formidable foes standing in their way. Take a look at how the World Cup 2015 betting is shaping up as we creep toward the opening fixture:

England is the favourite out of this group, with current World Cup 2015 odds listing them as 7/5 favourites to win it. The English side will undoubtedly be lifted by playing on their home turf, and they currently lead the Six Nations competition by a slim margin heading into Super Saturday. Many are backing England to reach as far as the finals this year.

This is expected to be the most hotly contested group round, with Australia and Wales not far behind England, currently at 2/1 and 7/2, respectively. With only two teams advancing out of group play, it will be a real dogfight to advance out of Group A, as its the most well-balanced of the four groups, but Australia is favoured to advance to the quarterfinals.

South Africa is in a class of its own with this draw. They beat the All Blacks back in October, the first team to do so in nearly two years, and they will surely be a confident bunch heading into the World Cup. Odds of South Africa winning Group B are currently 2/17, and they’ve got a spot in the quarterfinals all but clinched, before evening starting the tournament.

Scotland and Samoa figure to be duking it out for second place in this group, behind South Africa. Whoever comes away the victor when these two sides face will surely be the second team to advance from Group B. Samoa is currently the slight favourite, ranked 9th in the world and listed at 14/1 to win Group B, while Scotland is ranked 10th, and listed at 16/1.

Nothing to see here. New Zealand is far and away the best side of Group C, and are listed at 1/33 to win the group. Argentina may be the only side (16/1) with even a remote chance of topping them, but I wouldn’t count on it. The All Blacks will trounce their competition in group play, and Argentina will advance along with them.

This is one of the more interesting contests for group supremacy. Ireland, ranked 3rd in the world, is currently listed as the favourite to win the group in World Cup 2015 betting, at 3/4. But they’ll have to contend with France, four years removed from nearly upsetting the All Blacks in the World Cup final. France is 13/8 to win the group, and the question seems to be which side of the two will take the group, with the other firmly believed to take second. No other side has the quality to challenge Ireland or France, with Italy the next-best side, listed at 50/1 to win Group D.

New Zealand is the frontrunner to win it all at 6/4, but they must avoid becoming complacent against high quality competition. England is an interesting play on their home soil at 9/2, while South Africa, Ireland and Australia all look to be formidable sides as well. It’s sure to be a thrilling competition at the Rugby World Cup 2015.

Understanding the Odds of Gambling
Scroll to top